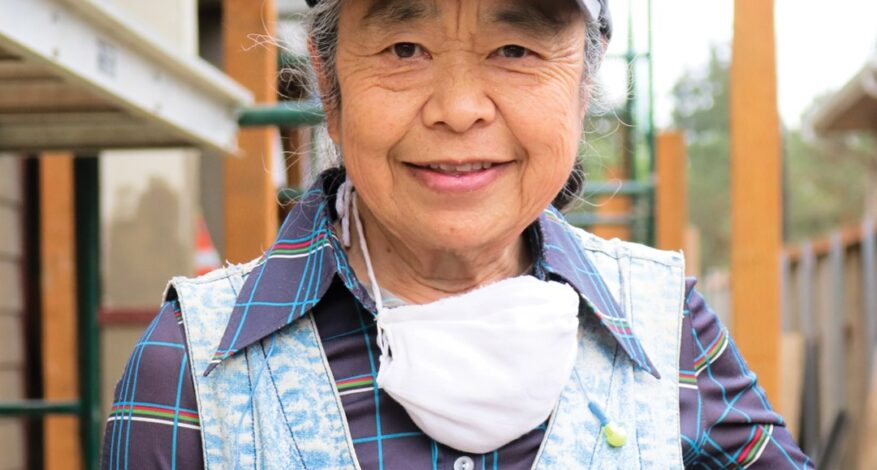 Noriko recently passed away on September 25, 2020, but was a core volunteer for many organizations around the community including Interfaith Coalition and Habitat for Humanity in Whatcom County. Noriko has been a leading force on Habitat for Humanity’s construction site. In addition to donating her time (Over 500 hours/year to Habitat alone) Noriko donates funds and, most recently, her old home to Interfaith Coalition to help local families well into the future. Here a recent article for more information.

“We at Lynden United Methodist Church valued Noriko so very much.  She was very active in our UMW, holding it together until Covid 19 shut us down.  She was active in every church activity and served on the Council of Ministries, assisted as needed with Family Promise, and the Interfaith Coalition.  Whenever there was work to be done, Noriko was there working harder than anyone else.  It never ceased to amaze me how such a tiny person could be so very strong!  She loved to tell about some of her projects with Habitat for Humanity, and other work intensive projects, climbing on roofs, pounding nails.  On one of her building projects, they gave her the Energizer Bunny award which she found so amusing and appreciated very much.

It was a gift to me that as time went by, I was able to know this lovely lady a little better.  She was very independent and forthright in stating her opinions.  She always exhibited love for her family, traveling internationally to see them.  She worked constantly, never wasting a minute while waiting for a meeting to begin, usually working on her laptop on one thing or the other.  She set a high standard for all of us.

My measure for myself is that I hope to leave my little corner of the world at least as good as I found it, hopefully, a little better. Therefore, I so appreciate that Noriko more than met that goal as she left a big corner of our world in better shape than she found it, always serving others and striving to make their lives better. God bless her.”

Sign up to receive our newsletter
Copyright 2019 Whatcom Housing Alliance